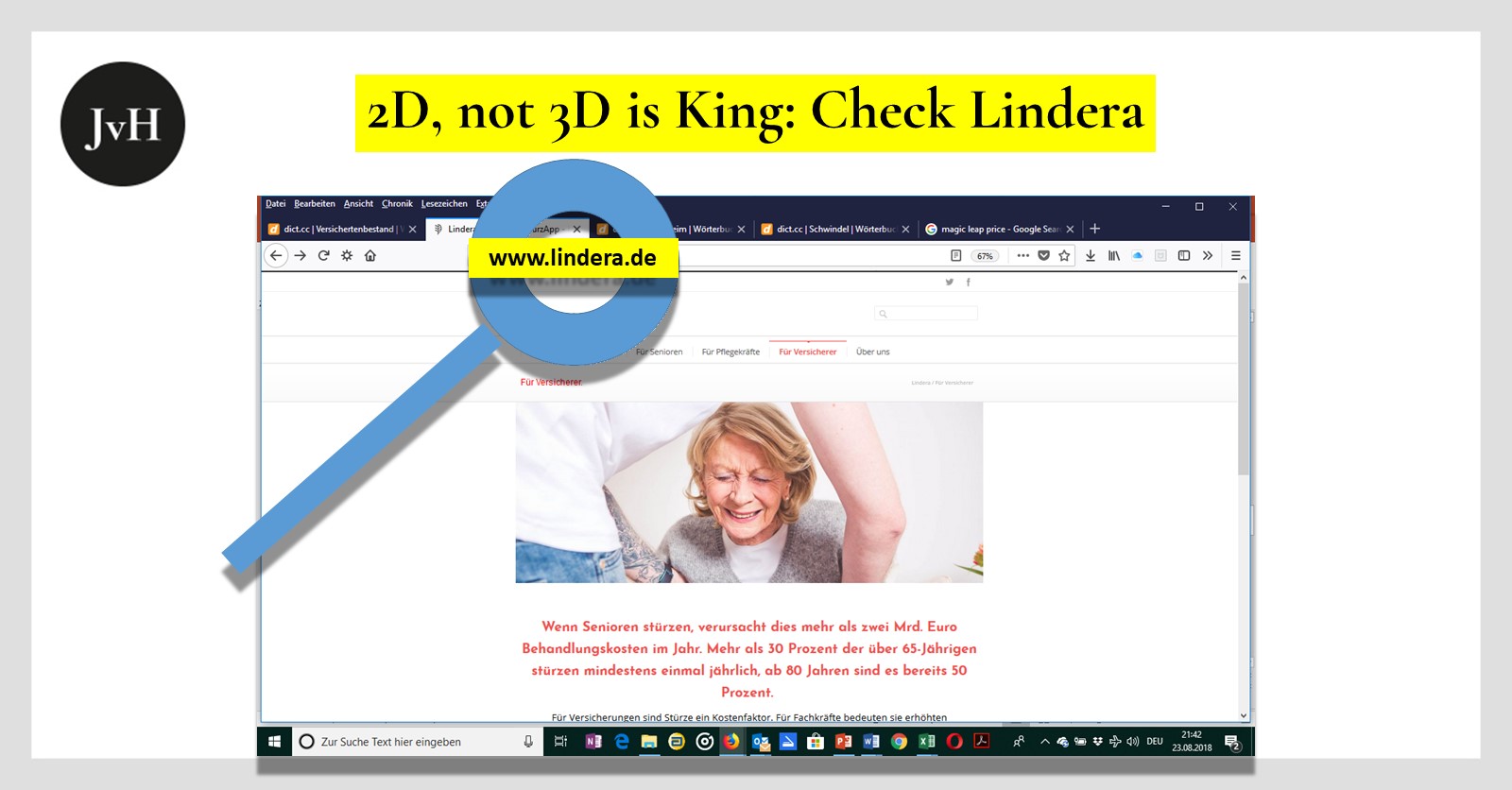 Considering my modest financial means, I am actually quite heavily invested in 3D and VR. However, I must admit that now and then I ask myself: Where does all this craze about 3D and VR come from? Our “real” world is already 3D, is it not? And frankly: I do prefer a real reality to a virtual one. True, it’s fun to enter a game or movie “in person”. But that’s it. Fun. As long as you don’t get sick, of course. Also: judging from movie theatre cash-ins: The movie plot and the acting count for more than what you may receive as an add-on via – bad – 3D specs which they give to you in movie theatres. Sure, we are not talking about Magic Leap glasses which cost you US$ 2,300.00 or so. They won’t give you those in the movies and you could not use them either.

I think, at least in b2b really smart tech companies should now go the opposite way: They should analyse 3D live material and pin it on conventional 2 D foil. Analysing 2 D is easier, cheaper and faster than analysing 3D. And no less accurate if we talk about real monetary or e.g. life-saving value rather than sensory fun or vortex.

Check celebrated Berlin start-up Lindera’s app for instance. Lindera lets AI analyse the motility of elderly and handicapped people in the real 3D world. After simply having let any amateur or nurse pin down the individual walking style of a person on a 30 secs 2 D smart phone video, Lindera’s AI will analyse the film and conclude the risk of a dangerous and potentially lethal incidence for the respective person to fall and break his/ her limbs. It will also suggest individually customized measures how to prevent a fall.  It’s incredibly easy and fast and thus also cheap, saving institutions, nursing homes, and insurances a lot of money, approximately 2 billions of Euros or Dollars to be precise. But more than anything else: The app is incredibly accurate, and gets even more so day by day. It’s machine learning, after all. No wonder they stand in queues to pilot the system.