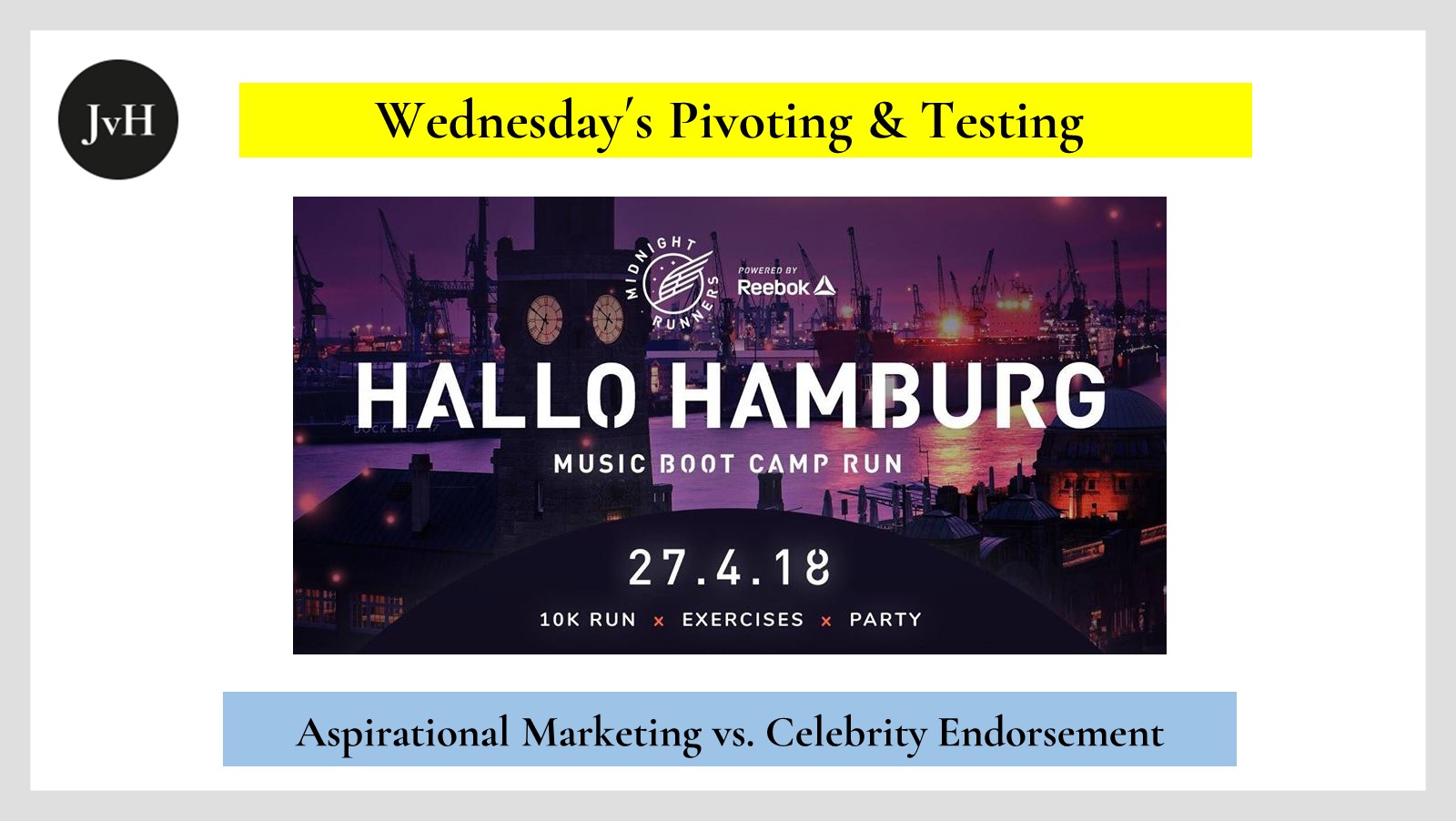 For years on end celebrity endorsement has been celebrated as the ultimate kick for consumer brands seeking to unleash mass desire. From Borg/ Federer & Rolex to Ronaldo & Nike the strategy was straightforward and – indeed – quite successful. It went like this: If a super star with mass appeal in sports, entertainment or whatever publicly praises the brand and/or corresponding product/s these masses would love those brands/ products and eventually buy them.

Interestingly, when “social” surfaced on the media landscape perceptive advertisers became aware of a disturbing dialectic: Many advertisers and sponsors expected heaven on earth for their brands: The idea was to now engage the very same celebrities to seemingly enter into one-on-one (pseudo-) dialogues with their admiring Tom, Dick & Harry (or Mary, Jane & Sally for that matter😉) on Facebook.

Initially of course, fans were indeed thrilled to bits – until they found out, that, in fact, it was not the stars themselves who communicated with them, but “their”, or, worse, their brands’ agencies and copywriters. They learned fast and became sick of the pretence – particularly after they realized, that their stars’ feedback to “personal” issues or questions never materialized. Mass-customized dialogue between celebrities and their fans on social media proved wonderful in theory – but inconceivable in practice, because authenticity was amiss and complicity a phantom.

More sophisticated marketers of course grasped that the value of a celebrity would continue to be his or her fundamental distance from the admiring fans rather than their made-up proximity. That’s why Federer is still an asset for Rolex in TV or print and never engages in social media’s pseudo-proximity.

“Social” does work though within sports environments – but differently. The gospel of really advanced social marketers is now captioned “aspirational marketing”. In aspirational marketing you find brand engineers who understand that in a social media’s world authenticity is of the essence. Brands like Reebok now support fitness pop-up events and running groups like Midnight Runners, whose regular members are free to wear whatever they like (but will nevertheless receive free shoes and other apparels). Although these groups meet-up regularly on social media and in person and run in London, Berlin, Barcelona, Boston, or New York City…, newcomers are free to join spontaneously and, depending on an individual’s dedication, may later on aspire to run regularly and thus also come to enjoy the sponsor’s benefits.

For a brand situated within such a tremendously attractive margin-environment like sports-shoes, it certainly pays off to present itself authentically as generously dedicated to consumer health and benefits and also be completely open to individuals’ brand preferences. The brand “ambassadors” who will then wear Reebok out of free will won’t appear to be but will be super authentic, perfectly reachable and nevertheless inspiring like a star. This might be called “aspirational marketing 2.0”, as Sharon Fan, Berlin’s Midnight Runner’s crew captain aptly labelled it, (whereas the 1.0-version would still oblige its benefiting members to stick to the sponsor’s brand).

Unfortunately, some marketers still don’t seem to know what they are in for. For instance, some want to furnish their celebrity-licenses with artificial intelligence to let them “interact” with their fans. To me it is clear from what we have learned so far that this will go down like a lead balloon, because such an attempt severely underestimates and misinterprets what fans really aspire to receive from their celebrities: not proximity, but elevation.