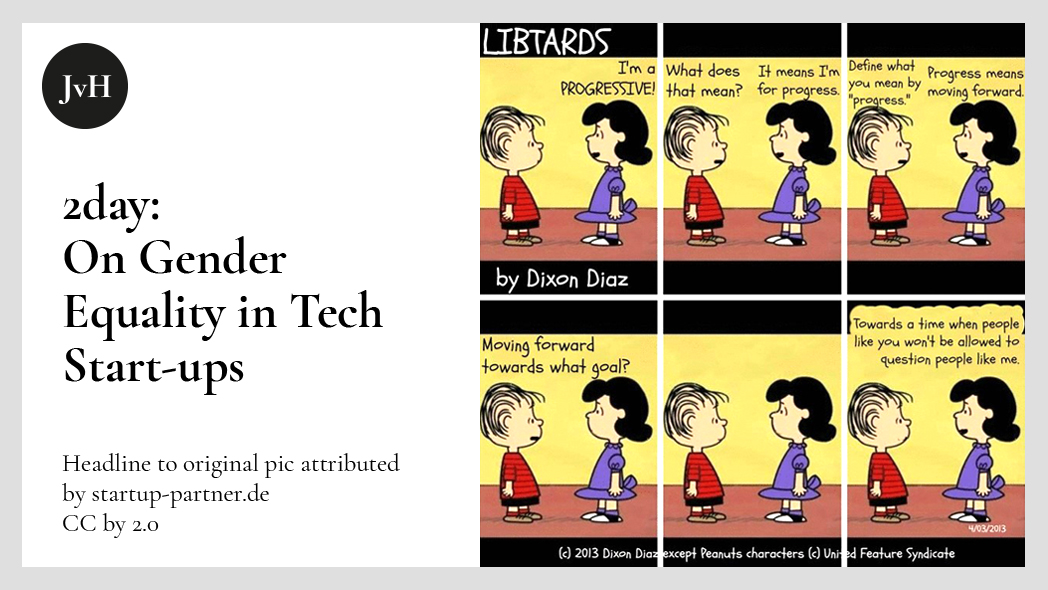 With #metoo #kalanik and #jamesdemore increasingly becoming issues of the past, well digested if not forgotten (Travis Kalanik is now CEO of #tenonehundred), there is general concern,

Being free of any major legal, monetary or compliance related restrictions I hope my personal experience as European founder, investor and previously also employee might at least to some extent pass by as being representative for the European domain.

This is my position with regard to the topics above and I do apologize should I offend anybody. I am just allergic towards men who describe themselves as “feminists” or the like, because I consider this presumptuous, slimy and prima facie false and hypocritical.

To sum it up: Start-ups are by any western standard significantly less white, less male and more minority oriented than other, more traditional western work environments. Because they are also more educated the general expectation within and outside of start-up habitats unfortunately exceeds actual reality as far as political correctness is concerned. Legislators should be cautious not to overreact in the attempt to improve the situation. Rather it would make sense to make use of the general public bias towards start-ups to introduce quota, giving female managers everywhere a bigger say. This should be done with care. It would be foolish to aim at a revolution because this would produce unwanted resistance by those who still have more power but are, at least as a matter of principle, quite willing to share it.