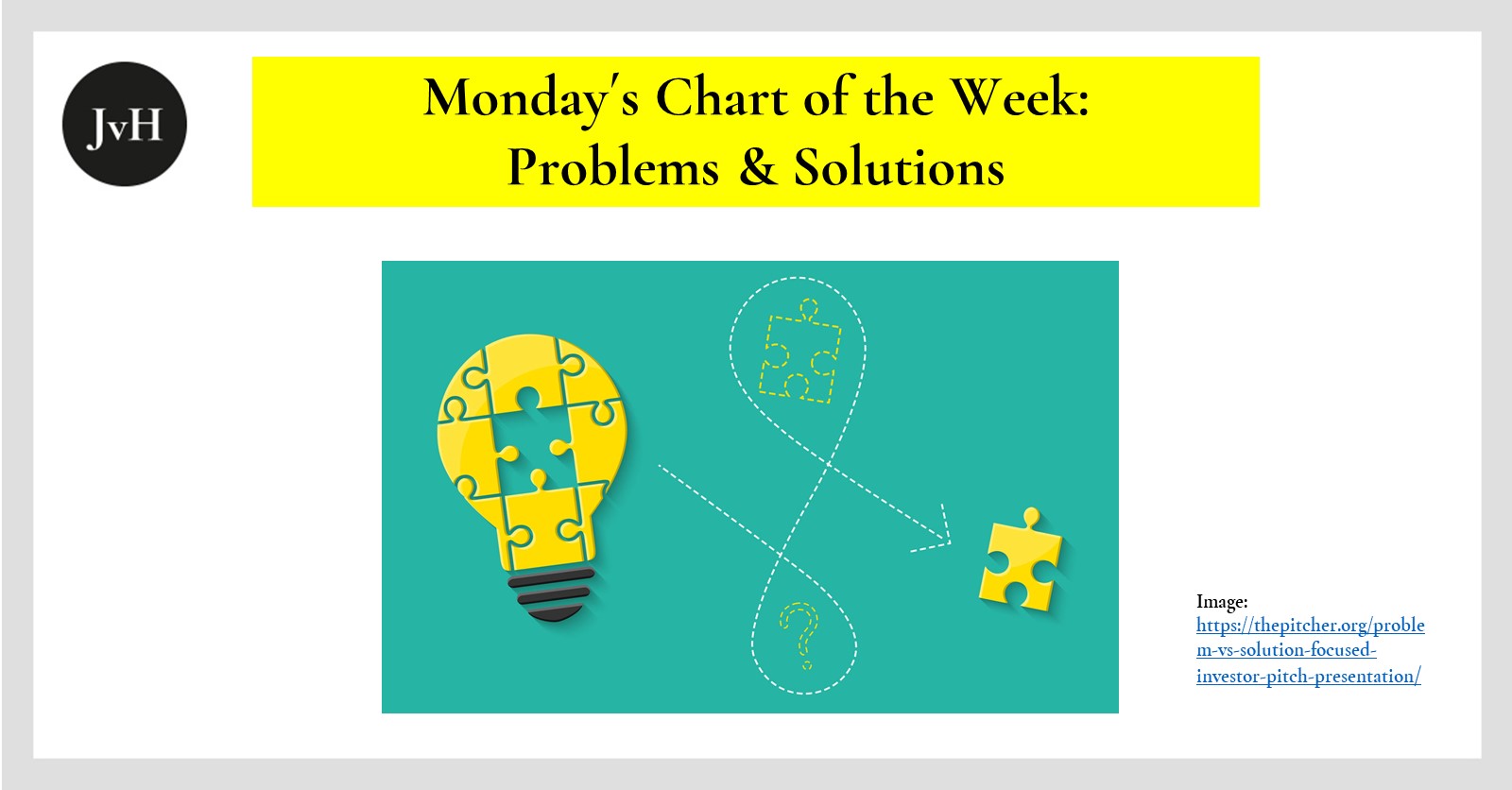 The German start-up way: A problem needs to be found for the startup’s solution…

The way how start-ups are generally supposed to pitch is to present to investors an industry’s problem to which they can provide an, ideally unrivalled, sound and singular solution. There is hardly a deck which does not follow this rhetoric. And for good reason so.

What is problematic though is that, in continental Europe, or, to be more precise, in Germany (for France, Belgium, the Netherlands, Switzerland are better equipped) the problems are frequently merely alleged problems which do not pass the test of being empirically supported by the industries or branches in question. I am generalising here. But very frequently “problems” presented to me may sound like real problems because it would be “plausible” that such a “problem” actually existed. However many of the presented “problems” are in reality just intellectual corollaries or negatives to the “positive” or “alleged solutions” presented by these start-ups.

The rhetoric stringency and plausibility of the key-keyhole simile is easy to fall prey to: If it is actually true that such and such a problem is huge, (and who would deny that, if it is plausible that such and such a problem actually “should” exist) then the solution presented by the start-up is actually also a grand solution that deserves a decent funding for a decent price. Why? Because the start-up designed the problem in a way to make the solution appear like a perfect fit.

Unlike in continental Europe, the American way of dealing with this issue is exactly the opposite. Instead of trying to design an “ideal” problem for a start-up’s solution, the American start-up eco systems actually does not even allow a (good) start-up to attempt that, because the actual empirical problems are being permanently monitored and published.

Research institutions like Yale or UCLA or MIT carry out real empirical research and arrive at first-hand data as to what are the actual, really pressing problems of an industry x or y or z. Then they look into their own labs, potential spin-offs or start-ups to find out, which of those actually addresses the respective problem or at least a related or similar problem and then they connect both sides. This is to ensure, that real empirical problems will be met by the best (potential) start-ups to solve the issue.

Later, when seed stage for the start-up in question is already history, it is perfectly evident for series A -financers that the respective start-up is dealing with a real problem, has identified a real solution and has got the backing of a real industry or representative of it. This makes series A funding a comparatively easy job for both sides: There is hardly a fundamental risk involved in funding. Series A thus becomes a more mercantilist issue of pre-money valuation, cash-needs and legal topics.

Why is Germany lagging behind on that front? My guess is, that we lack intellectual powerhouses who can afford going the Yale way. Also, unlike in UK or France we have no uncontested academic hotbeds. Our research landscape and patent industry might be enviably broad, multicentred and produce quite respectable results. But it lacks concentration and concentration of means and efforts is what you need if you want to compete on a global scale.

Germany’s multi-centred constitution was a huge asset during the 1st, 2nd and 3rd industrial revolutions. Now, while we are in the course of the 4th industrial revolution where cyber physical systems will allow for almost entirely autonomous industrial processes based on knowledge and sensors, centralisation of knowledge and means is of the essence to allow for a decentralised, autonomous industrial landscape. It may look like a paradox. But multi-centred Germany will inevitably fall back whereas more centrally structured landscapes like US and China, and yes, also UK and France, will gain grounds.