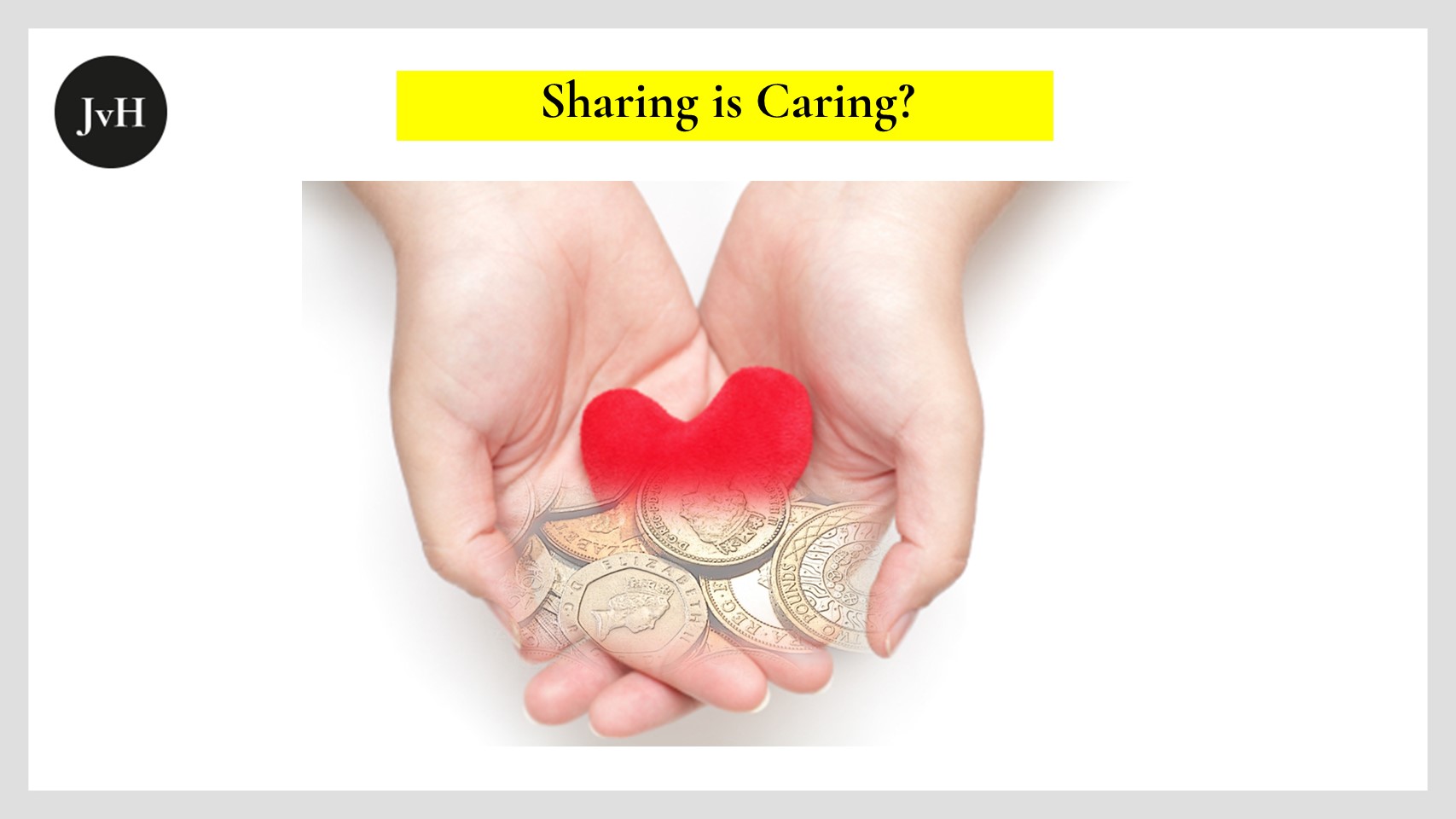 In his much-acclaimed book The Zero Marginal Cost Society, The Internet of Things, the Collaborative Commons and the Eclipse of Capitalism, palgrave mcmillan 2014, Jeremy Rifkin declares the internet economy and its key ambassadors the millennials to having dethroned capitalism for the sake of the new “World Wide Web” – inspired economic model.  According to Rifkin, “openness”, “universal access for everybody”, “lateral optimization of peer-to-peer production” are the guiding principles of this new model based upon “social entrepreneurship”. “Sharing is caring” is the name of the game. From Airbnb to Uber, from Facebook to Pinterest and from Bla Bla Car to Vinted – “caring” supposedly is the hallmark of today’s  web economy.

Rifkin mocks capitalist economists and their alleged “last desperate argument”: “[If] in the unfolding struggle between the market economy and the sharing economy, everything would be virtually free, there would be neither an incentive for innovation nor for doing something for new goods and services since inventors would have no possibility of recouping their start-up costs.” And then he puts them right: “The democratization of innovation and creativity in the developing collaborative commons provides a new kind of incentive that comes less from the expectation of financial reward than from the desire to promote the social well-being of mankind. And with success. […]” (Retranslated from the official German translation of Rifkin’s book by Bernhard Schmid (Campus 2014) into English by the author of this blog).

Why does Rifkin believe that capitalism, as we got to know it, will soon be history? Because, according to him a “close to zero marginal costs […] internet economy” won’t allow corporations to earn enough to remain sustainable.

Rifkin’s book was published in 2014. Since then we did indeed experience a remarkable upsurge of businesses that incorporate the value proposition of sharing in one way or the other as their corner stone. What we also noticed however is that these very companies are capitalist to the core and produce very conventional monopolist profits for their shareholders. The assumption that the business model of “sharing” is in any way even remotely motivated by “caring” or, as Rifkin puts it, by “lateral” or “social” considerations is ridiculous. “Sharing is Caring” is nothing but a somewhat cynical corporate claim by its proponents.

Example: European and American car manufacturers perceive a decline of demand for privately owned cars – particularly among generations y, z (and soon beyond). But do they withdraw from their USP to profitably offer individual mobility? Not all. The same holds true for virtually every other business engaged in sharing. Either it profitably sells sharing or collaboration services to individuals or corporations (and their machines) or it profitably sells sharable goods to individuals or corporations or it profitably sells consumer or corporate data to other businesses. The basic goal is profit and will in all likelihood remain profit. The “zero marginal cost society” is aggressively capitalist.

So where did Rifkin’s thoughts lead him astray?

Well his book is a bundle of many thoughts of which none appears to have been thought through to its respective end. Premature conclusions out of half-baked thoughts are known to be dangerously misleading.

In my opinion his perhaps biggest mistake is the entirely unproven assumption that people who want to make individual or common use of opportunities which reside in sharing, collaborating, helping and receiving help are not interested in their own very personal material benefit.

Another huge mistake is his deduction from post-initial-capital-expenditure-close-to-zero-marginal-production-cost within e.g. digital enterprises to close to zero profits of the respective entities. Close to zero marginal costs so far only effected the digging of ever deeper moats and the parallel harvesting of unheard-of huge profits. And there is no hint which indicates that this will change.