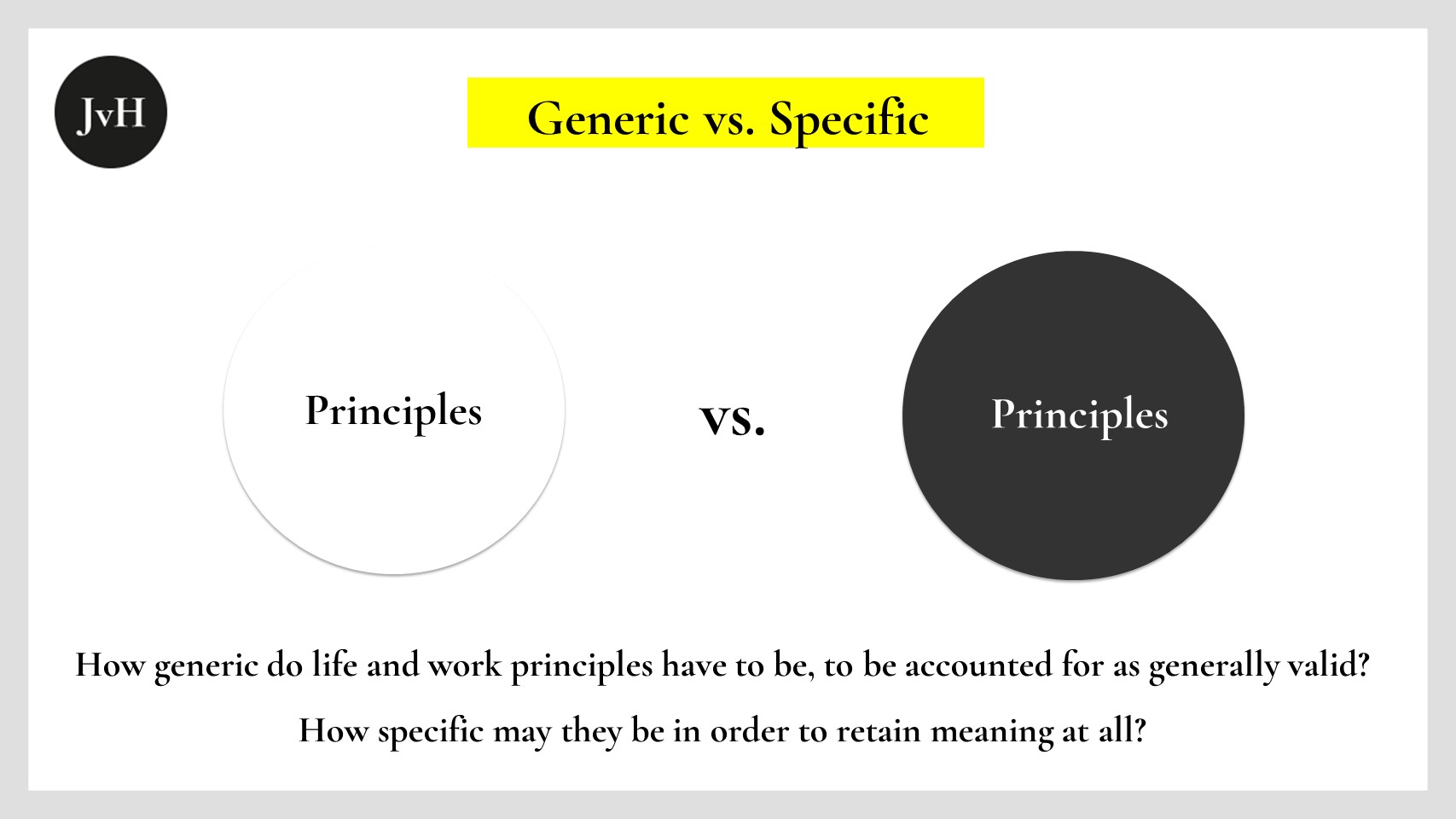 Over the holidays I finally gathered the time and peace to immerse myself in the #Principles (Simon & Schuster 2017) of @RayDalio, the celebrated founder of Bridgewater, hedge fund inventor and multibillionaire.

At least from what one gathers by reading his book, Dalio is a highly agreeable, modest and intellectually astute person who appears to mean and “walk” the principles he praises. He certainly is not just rich. And he does not seem to be out for cheap fame either.

Dalio says “radical truthfulness”, “radical transparency” and “radical open-mindedness” are the essential generic constituents of systems which will eventually lead individuals and organization to meet their aspirations. Without these fundamental principles (and some more), there is no (well deserved) success.

When top achievers like Dalio recount their life one tends to be a little sceptic as to how truthful that story actually is. It’s one thing to build a system which is intrinsically consistent. It’s quite another to build one which is also consistent with reality. Not being able to verify by “interrogating” family members or work associates does not help.

But there are strong indicators pointing at the veracity of Dalio’s account. One is, that Dalio does not hide the mistakes he made and hardly ever underscores his own brilliance while, on the other hand, expressly pointing at his own mental handicaps such as “bad memory”, or not so extremely fortunate character traits like e.g. a certain natural “arrogance”.

Another strong indicator for his truthfulness is that Dalio’s principles do not carry anything sentimental with them. So, he is for instance perfectly outspoken about the need for organizations to be excellent not just in terms of the constituent personalities but also in terms of the corresponding work ethics and the aggregate intellectual capacity.  If somebody is dishonest or not brilliant in the specific discipline required for a particular job or maybe just a little lazy or irresponsible, Dalio says one should get rid of that person fast. The sooner the better. Either by assigning him or a her a fitting job or, even better, by sacking him or her. If the respective person is “nice” or even a “friend”, well that makes it sad, but does not change the need to act upon that finding. Dalio’s principles are there, because one cannot achieve top results without following those principles. In particular, he says, one cannot legitimately succeed in the real world by grounding one’s actions on fantasy, falsehood or concealment.

So far so good. The flipside of a consistent and generically true construction plan for a “success-machine” matching the real world is that by necessity its principles are so generic that they appear a) somewhat trivial and b) not extremely helpful or productive as heuristic tools if one seeks to employ them e.g. build a successful team or project or company.

It’s all very well for Dalio to say one should

But Dalio obviously cannot tell his disciples what they should do at a given moment, how they should interpret a given state-of-affairs and whether a certain problem identified is a first or second order problem or a last-order root cause.

Thus, although Dalio’s principles are, at least when seen from my own very personal perspective, extremely valuable and helpful, in the end of the day they just serve as a, shall we say, disciplinary guideline, warning us to check if we are still on track.

This is quite something. But maybe not as much as one would hope to get from the “Steve Jobs of investing”, a title bestowed upon Dalio by CIO magazine. The Principles won’t tell us if we are on the right track. More on this next week.