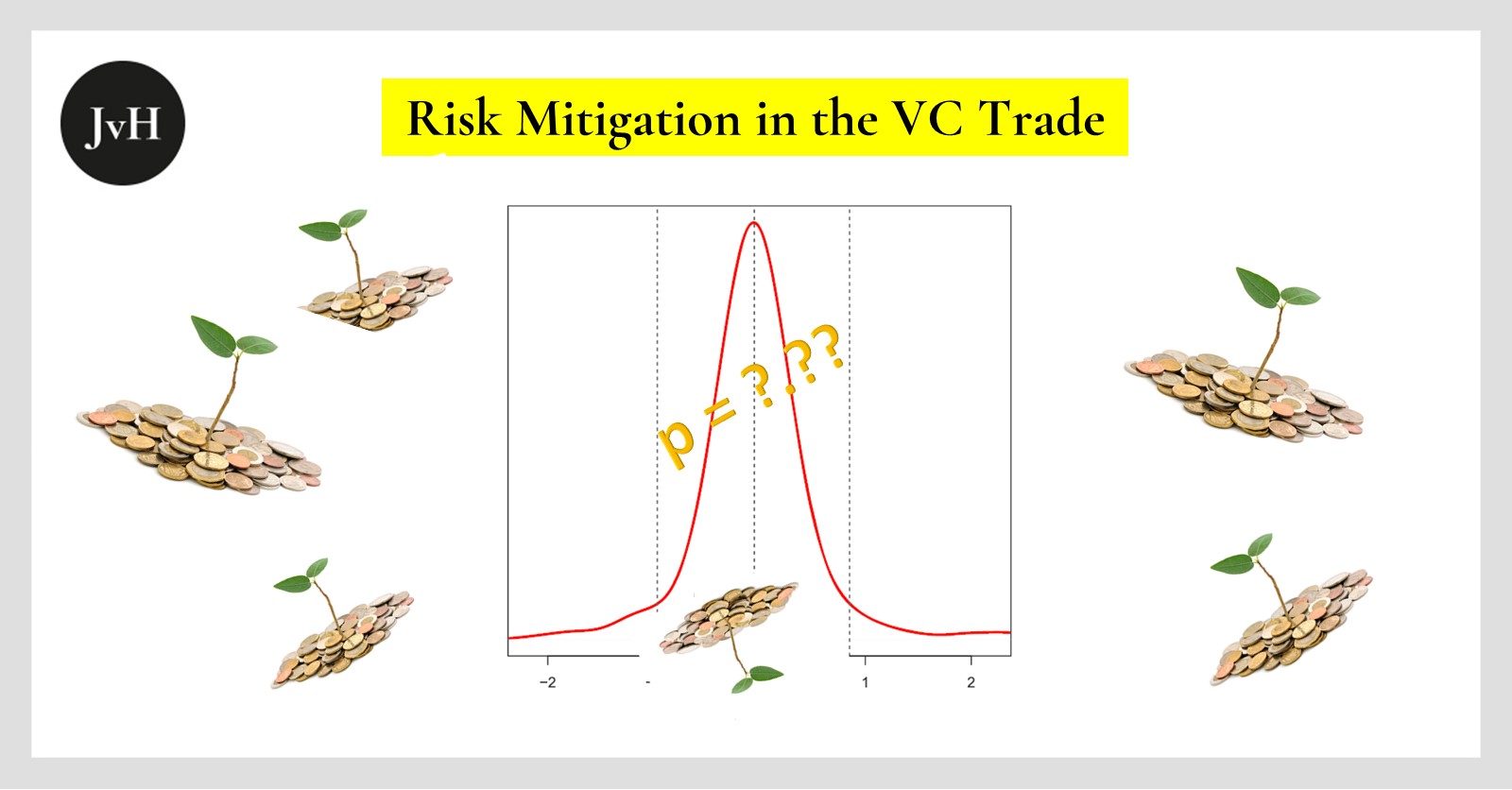 Like in conventional asset management theory, the credo for the need of a “distribution of risk” or “risk diversification” is generally also considered to be inviolable in the venture business. In my opinion, the imperative is fairly nonsensical – at least when it is based on the number or the type of targets to be chosen.

Within the asset class of start-ups, one encounters different approaches labelled “risk diversification”.  But more or less unanimously most venture capitalists say that from their and other VCs’ experiences one can conclude, that about 1/3 of all start-up investments fail completely (“money lost”), another 1/3 will falter, but at least give the invested “money back” (with or without adjustment for inflation) and the last 1/3 will actually provide the substantial profit required to make the whole portfolio – more or less – profitable. As mentioned, this general view is uncontested, albeit there will of course be some differences in the appreciation of specific details.

The commended strategy to mitigate the “risk” of hitting a bad jackpot is to invest in a sufficient number of start-ups. The idea behind this of course is that the investor may thus avoid the evident statistic risk of drawing just the two or mostly “bad lots”.  The swiss business angel Peter A.  Pfister put up the following table – allegedly based upon his own and other investors’ investments:

So, what’ s wrong with this?

First of all, it is weird that investors who usually know and tell their LPs that it is wrong to readily predict (portfolio) profitability on the grounds of historic start-up performances – both as a matter of principle and particularly because we talk about targets which hardly possess any history – do exactly this when it comes to their own investments. What is particularly weird though is that usually they base their expectations as to how many will fail or give the money back or provide profit not only on their own historic performance but allegedly also on that of the whole venture industry. It’s like saying: “This is not a particular issue of ours, i.e. not related to the way how we tend to choose our targets or who chooses them; it’s a feature of the industry as a whole and thus a “law”.

Second, the above mentioned rule of thumb (1/3..1/3 ..1/3) is wrong. There are mountains of surveys and empirical studies based on the actual performance of American VCs between 1987 and 2017 which show an altogether different picture. One of the few venture capitalist firms who base their investment decision on predictive analytics which in turn are based on actual data drawn from both public sources like DowJones Venture Source but also their own investments is Correlation Ventures. Its co-founder David Coats is an active blogger and tweeter. One of the historic analyses carried out by Correlation and concerning years 2014-2015 shows that out of 21,000 American investments the following multiples were achieved:

Note that multiples here do of course not necessarily say much about the return. But they are quite telling nevertheless. And they definitely show that the bogus 1/3..1/3..1/3 rule is quite beyond the factual reality of VC investments. Which leads us to wonder how else a VC should mitigate the risk of a disproportionate lot of bad choices. It would seem the best way to avoid such a risk was to execute thorough due diligences. Like in private equity. But to this you will respond with perfect legitimacy that there is not too much of a point in assessing the history of a company that has no history. Cf. above. Should one perhaps leave the territory of statistics altogether and resort to home recipes? Does not sound cool, does it?

More on this next week.