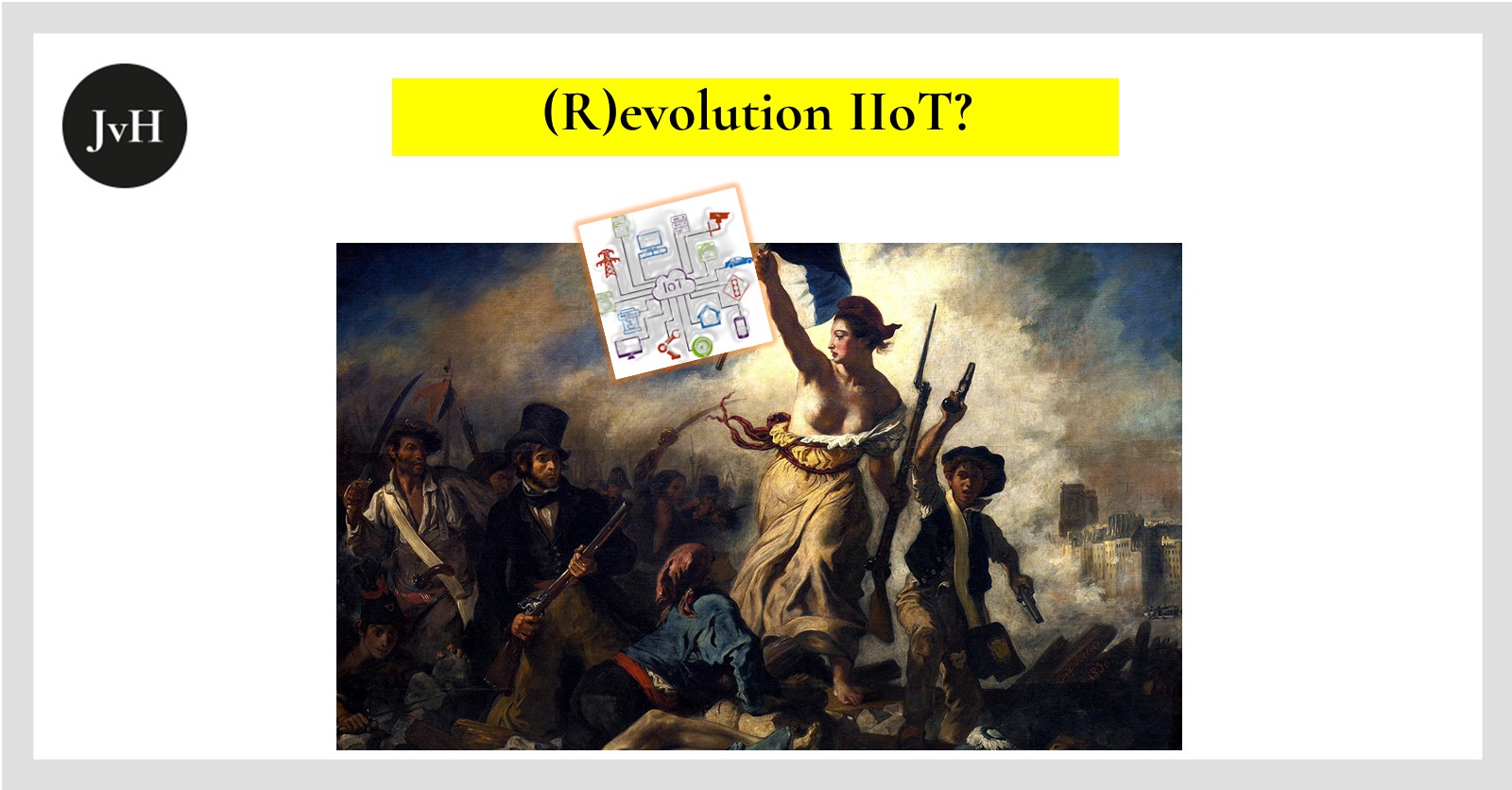 Being a historian of science by education, it amazes me to find most of my contemporaries in the venture business so at ease with detecting with an abundance of certainty “next big things”. How they manage to identify “tech revolutions” within their immediate vicinity or forecast the lives of the generation to come remains a mystery to me. I wish to confess this apparent gap of intelligence because at least in former times, when steam engines and mechanical engineering (1st industrial revolution), electricity, telephony and division of labour (2nd industrial revolution), “bureau machines” and automation (3rd industrial revolution) were invented and developed, at their time neither the inventors nor their “followers” actually realized what impact their inventions would have on the generations to come. Labelling them as “revolutions” happened later, much later.

Today, virtually everybody is certain that we are living through the 4th industrial revolution, the age of the “industrial internet of things (IIOT)”. This revolution, I am told, will culminate in factories run autonomously by “cyber physical systems”, and driven by “artificial intelligence”. I find this certainty weird because artificial intelligence was already a big topic beyond science fiction when I was a child. I remember driving in the back seat of my parents’ car into summer holidays and dreaming of the hotel where I would tell the robot receptionist my favourite books and films and dishes that would be printed, presented, served and brought to me on the spot. My parents, older brother and older sister found me funny if not silly and gleefully switched the topic to nasty spiders and cockroaches which unfortunately put an end to my dreams and the ensuing discussions very quickly. In the following year I dreamt of being no longer the guest, but the host of this scenario, the owner of the hotel. This was in the early 1970s!

As for IoT, most experts today claim its essence was the autonomous self-management of connected processes and intelligent devices as opposed to the inflexible, hierarchical attempts at computer integrated manufacturing (CIM) in the last quarter of the last century.

I believe in the benefits of this present development. But it is one thing to be aware of the advancement of flexibility through self-management and quite another to believe in the local autonomy of self-managed devices such as sensors and actuators. In my view this is techno-hubris similar in nature to the naïve original belief, the internet would democratize the analogue world and create a better world in which the hitherto unbalanced supply-demand seesaw would be tipped towards the demand side.

Sure, as a consequence of online communication, social media and e-commerce platforms consumers gained some leverage. But power shopping, transparent markets and transparent prices cannot outdo the power concentration of means, technology and data on the supply side. Uber, Facebook and airbnb do not give a damn about “caring” as long as they can cash on “sharing”. Consumers might now be able to pick the best offer. But they can only pick the best of the offers presented to them…

Similarly, GAFA won’t allow for the development of any technology serving autonomous self-management unless it’s their technology. They will only allow for self-management governed by GAFA normed technology.
European and particularly German industry norms had institutionalised some sort of democracy among industrial players for quite some time. This time is over because it can’t last in a global economy dominated by a handful of players.

This might be sad. But for historians of science the fact that an oligopoly will govern tech advancement by no means constitutes a revolution. It is the norm. In fact, to some extent and within certain branches, first in telecommunication, then in pharmacology the global patent regime actually safeguarded the development of monopolies as an avenue to allow for tech advancement in the first place.

So, time will tell whether IIoT constitutes a revolution or an evolution. If it turns out to be a revolution one can be almost certain its protagonists will reside in America and China. If it turns out to be just an evolution, and CPS just a kind of second chapter to the first chapter CIM, then it might as well be headquartered in Europe. In that case however, its impact will be much, much smaller then everybody is ready to believe today.