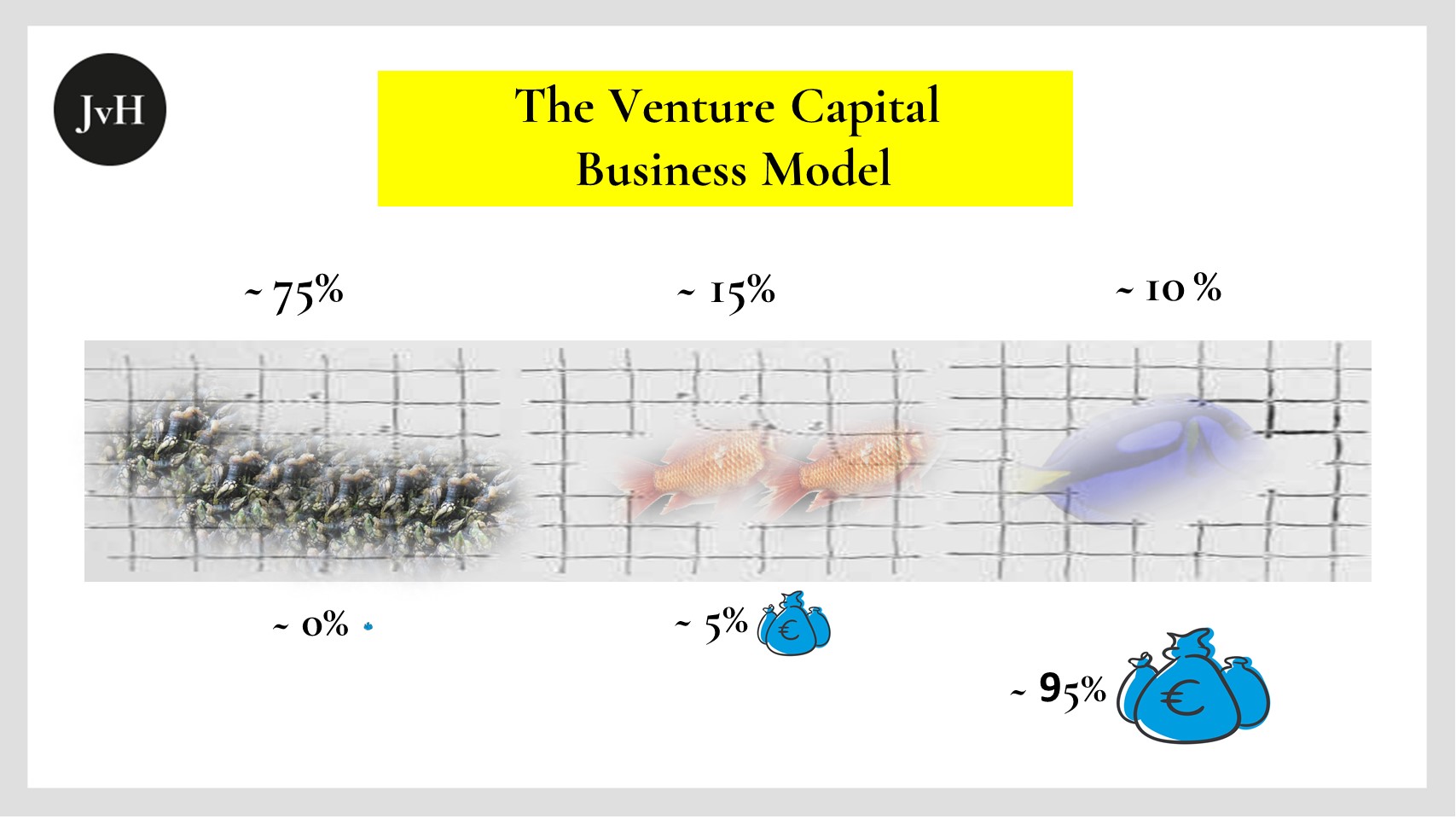 Virtually all venture capitalists agree that only a very tiny fraction of their targets accounts for the positive overall return of their funds, while most investments produce either no significant contribution, or even result in complete losses, thus producing negative effects on fund returns. Depending on the individual fund, alternative target industries, investment stages, regional priorities etc. the statistics vary, but the gist remains the same wherever we look: It’s pareto, driven to an extreme.

Interestingly, the venture industry appears to not question this phenomenon at all. Why are venture capitalists so complacent when looking into the mirror? After all, Pareto does not tell us, that 20 % or an even lesser percentage of all investments need to account for 80% or more of a fund’s return. Pareto is no law of nature. I find this question relevant as we talk about an industry that specialises in what? Yes, business models.

There are a number of reasons that might explain this phenomenon:

When VCs talk to founders, they always tell them: “Think big!” That’s perfectly okay in my view. But what does “Think big!” mean when we talk to VCs? I think it is a crass mistake to then think only about detecting potential unicorns. What VCs should think about is to invest in the best teams. Period. The best teams are smart enough to make maximum use of their individual strength, ambitious enough to fully exploit market opportunities while remaining resilient in difficult times, learned enough to understand their own weaknesses, and flexible enough to cope with perilous threats. To invest in the best teams requires to be mentally and intellectually on the same wave length. That’s why a16z, sequoia, etc. are positive outliers in the VC industry.