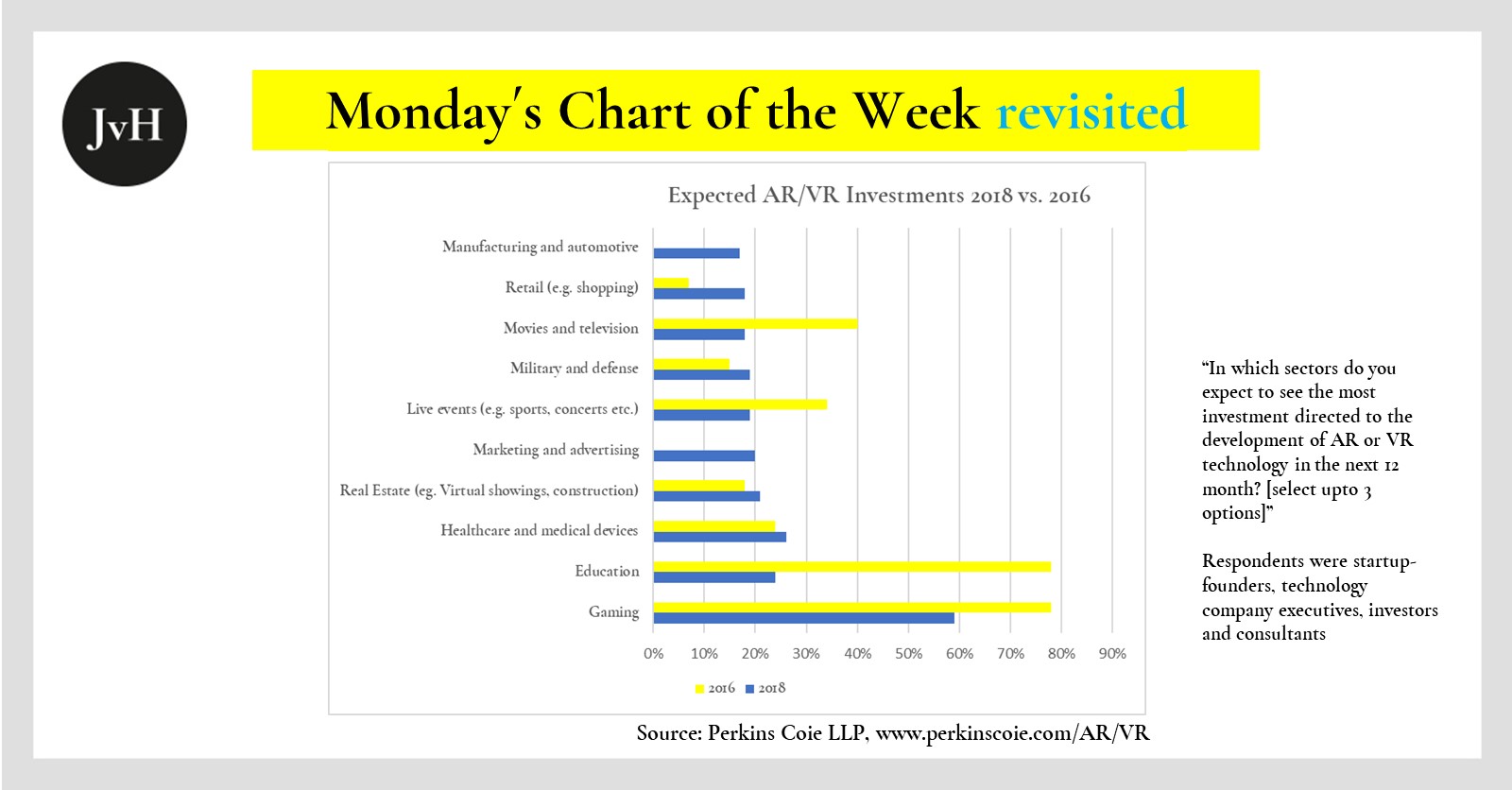 Movie, TV, Live-Events, Education and Gaming are the fields which proved most disappointing as target branches for AR & VR technologies whereas manufacturing, automotive, real estate and retail give new hope.

PerkinsCoie’s Survey Industry insights into the Future of AR/VR – AR/VR shows signs of Advancements  – and New Worries of March 2018 shows that gaming’s lead position has suffered strongly since the first survey 2016, whereas “retail, military and defence, and real estate were among the areas making gains”. User experience, performance issues and technical limitations still remain the biggest problems. Perkins Coie perceive the increase of legal worries as sign of a maturing market. “Bulky hardware” on the other hand might be an issue that will die out sooner or later, as more and more start-ups seek to monetize exclusively via mobile phones and apps.

Interestingly, the first survey (2016) did not even ask the respondents about their presumptions re market potential for automotive and manufacturing. In 2018 this question already prompted 17% of the respondents to answer positively, i.e. view these fields as 1 out of 3 top issues. Also, 51% of the respondents now expect AR revenues to surpass VR revenues within the next three years. This is more than triple (!) the amount of those who expected this in 2016 (16%)!