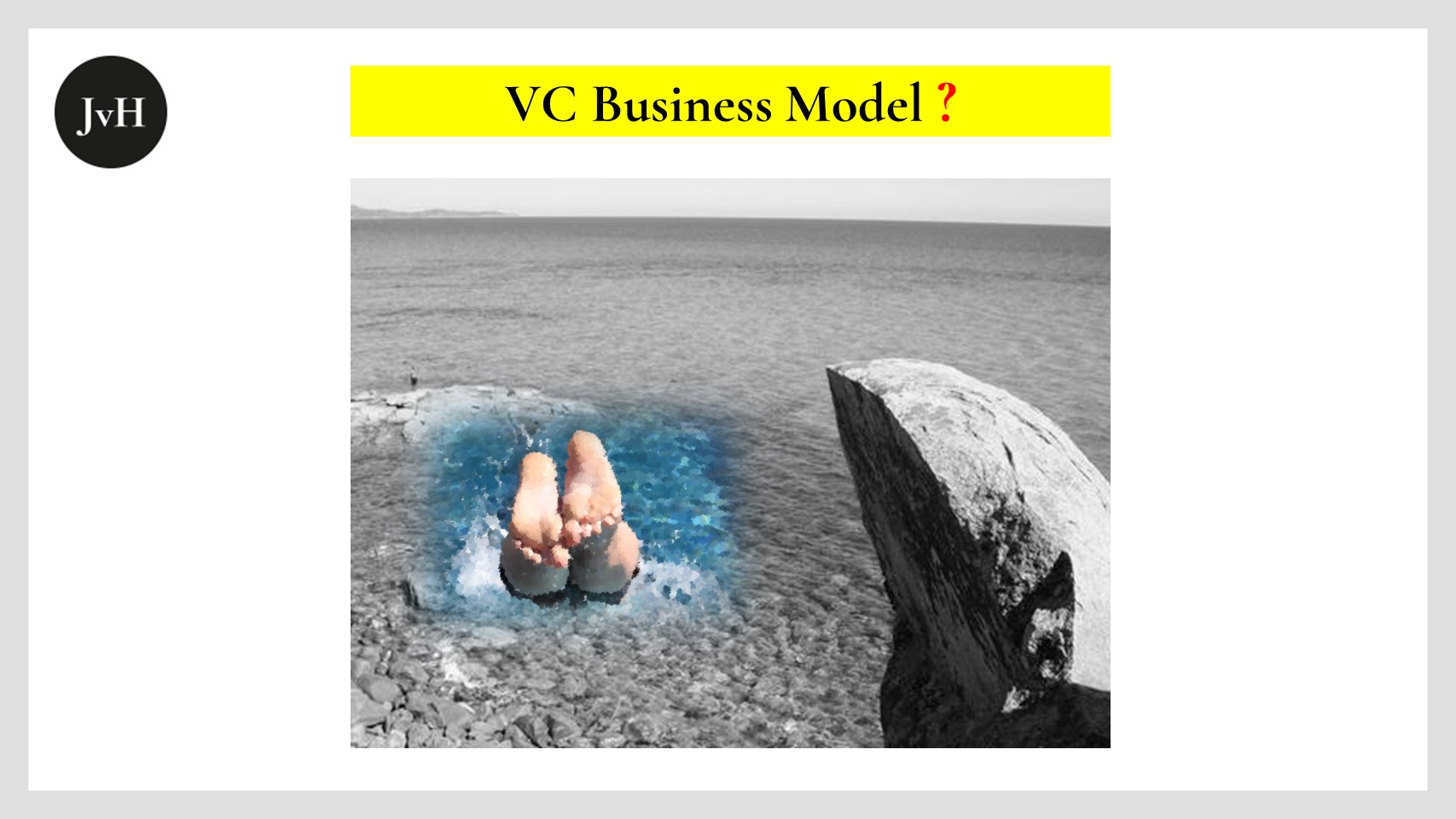 Since I hate to adorn myself with borrowed plumes, I’d like to point out that my and many other investors’ bias against “risk distribution” is rather old news. In his wonderfully anecdotal Zurich Axioms, dated 1972, Max Gunther, had already pointed out every relevant practical aspect pertaining to the topic.

My issue today is a different one. I do not want to debate the sense of risk distribution in general, but the utter impossibility for both venture capitalists and business angels, to follow such a “strategy”.

Risk Assessment According to Start-up Stages or Industries is Absurd

What makes the startup-environment fundamentally different from all the other alternative market seas and the risky sharks in there is, that there nobody even has the hint of an idea as to the impact of the respective risks: How a new potentially “disruptive” founder team will eventually interact with its new team members, new products or services, required production and distribution methods, customers, investors, suppliers, partners, politics, the general public, exit markets is an entirely open book, which, as a matter of principle, nobody, whatever their expertise may be, can read beforehand. It is literally impossible to quantify the probability of success or, conversely, the risk of failure for the start-ups in question.

Of course, anybody may classify a start-up relative to its industry, markets, product lines, company age, etc. But this classification is completely pointless with regard to the probability of its success or failure however narrow or wide “success” and “failure” might be defined. So, this is my principle stance. Nobel prize winning Daniel Kahneman put it like this: “I had several opportunities to ask company founders and shareholders of innovative start-ups a question: To what extent does the outcome of your efforts depend on what you do as a company? […] Even if they are not sure whether they will succeed, these daring people believe that their fate is almost entirely in their hands. They are undoubtedly wrong [… ].”

The dynamics which over time evolves between founders and their employees, products, clients, other stakeholders and processes usually require start-ups to engage in several ongoing adjustments. These are labelled “pivots”. Such pivots add to the impossibility of predicting the risks, a start-up might face, because you do not know in advance if a start-up will pivot at all, when it will do so, if it does so in time, i.e. at an early stage and after thorough testing, or too late and,  of course, you do not know in advance, when it will be “in time” or “too late”, for these assessments depend on the dynamics mentioned  above.

The only thing you do know is, that, at least statistically, time will definitely come, when you, as an investor, notice that it is too late, i.e. too expensive to shift the business model or too late to unburn the already burned cash. Unfortunately, statistics do not help, because you do not have one single idea as to whether the start-up in question should be assessed statistically or not. Why is that?

In B2C Venture Capitalists Should Not Merely Seek Risk: They Should Seek Flaws

It is one thing to say: “If you want to land a – great – success, you need to countenance missing it countless times. That’s statistics. But saying, you must look out for “the serious flaws” as an indicative hint for “serious strength” is quite another. For VCs it is better to lose out nine times and have a tremendous feast once, than having mediocre, meagre successes ten times. That too, is simple maths. This is why large VCs are generally comfortable with accepting flaws if they suspect “great strength” coming along with it. And they do know, that in all likelihood the weaknesses will prevail and the expected or wished for strengths will either not surface at all or not become sufficiently relevant. There is just this 10 percent hope…

In the third and final part I shall discuss if the third requirement above, to actually look for start-ups with serious flaws, is a requirement for both, VCs and angel investors.